Port Moresby Updates and More of the Same 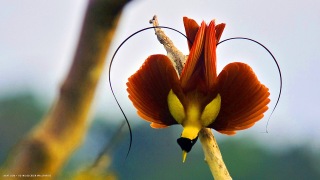 I know you’ve been dying to ask, “Secret Asian Man, what’s been happening in Port Moresby?”

Well, let me tell you!

Since I was last there 7 months ago, they’ve put the finishing touches on their airport. The A/C works much better.  There is a shiny, new duty free store. The old bus terminal seats have been replaced with new bus terminal seats and are intermingled with couches and some bar stools.  It is now a much more comfy terminal.

There are several new airport eateries. And they even sell crepes!  Crepes! I saw no where else where they sold crepes in the whole country
Things around the rest of the country are improving at a slower rate. In fact, there’s been a recent uptick in crime with more carjackings and robberies.  One man was relieved of his phone, wallet and car keys right on the putting green of the local golf course.  An expat woman was dragged from her husband’s car one afternoon and gang raped for three hours before being released.

The locals call this time of year “Mango Madness”.  When everyone gets a little more amped up. It’s mango season and also the end of the dry season. It has been an extended dry season.  Reservoir levels are low.  Mines have closed due to lack of water, so many are out of work.  In addition, there was a late frost in the mountains that killed a lot of the sweet potatoes which many people eat. Plus, it’s nearly Christmas.  So there are lots of pressures.

I read of a family feud involving a bus that they all shared.  Seems there was a dispute over who owned the bus and who was to help pay the loan and help drive customers, so they jointly drove the bus to the center of the village and set it on fire. Yes, conflict resolution continues to be a problem.

Do they sell crepes anywhere else in the country?  Who knows? Port Moresby is still not a safe place to be.  You still can’t go out without a solid escort and a plan and definitely not after dark. I don’t really know if they sell them anywhere else. I kind of think they don’t, but hopefully one day, I can get out and find out first hand.