Where Are All the White Women? 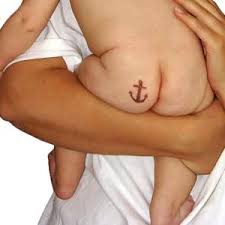 It’s a bad habit I have.  My alarm clock is my iPad, so when it goes off at 5:15 I click snooze and then catch up on all the news that happened overnight.

Of course, it’s never good news. Often it’s about the latest human life that has been ended prematurely. often with a gun, but sometimes with a bomb or a machete, usually with accompanying film.  I never watch the video. I don’t want that in my head.

One day a few weeks ago, I learned that there is such a thing as an “anchor baby”.

The following day, I learned that the commentor on anchor babies wasn’t referring to Hispanics, but rather it was Asians who came here to have babies in order to gain citizenship and all the trappings associated with this.
I woke up to the possibility that I may have lived for decades without knowing that I was part of this conspiracy.

This brought up a new and imagined revision to my family history. A history that starts when my father, the original S.A.M, stepped off of the plane from Asia with his funny winter hat and his 700 dollars in savings and asked “Where are all the white women?”

He found and courted one. And eventually set four anchors in form of four children. He suckled for often 16 hours a day, 7 days a week at the teat of a Midwestern hospital ICU, saving the lives of CEOs and steelworkers and pimps. He helped start a thriving medical practice. He bought cars, paid taxes, made art and cooked fried rice for legions at potlucks and picnics.

He earned enough to put his kids through a small private college, turning out a doctor, a teacher, an international marketing whiz and a geologist. All of us hard working moochers.

It’s too soon to tell about his eight grandchildren, but all of them seem smart enough to know the the American Dream is vastly more than a few hundred dollars of food stamps. Rather, if you make port in a land of resources, you can chart your own course and make your own opportunity and in turn make a little more opportunity for those behind you.