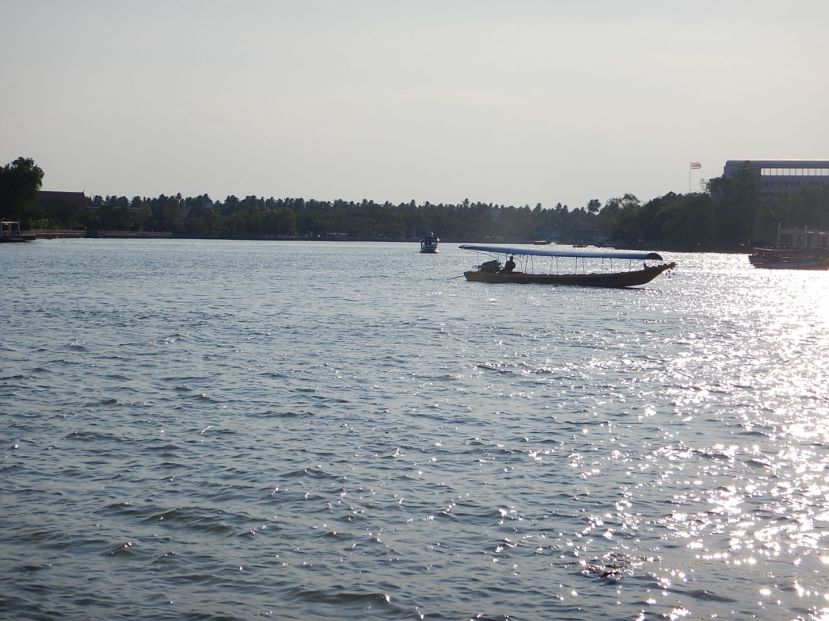 There was a pause in the conversation in the lunchroom the other day. I asked the group of Thais what they thought about the idea of the former princess running for prime minister.

At the table we’re several nurses, an MBA and a doctor.  All heads turned, though, to the unit custodian who understands some, but speaks little English. They translated the question and she mulled over it.

She shrugged dismissively and made a response in Thai.

The staff turned back to me and said “ we don’t think it’s a good idea.”  And that was that.

A few weeks later, I read that the Thai government is predicting that drought will come sooner this year. I also recall that when we arrived 6 months ago, the reservoirs were over full ad dams were threatening to burst.

It’s asked the same group how the country could go from flood to drought so quickly.

With the exception of the doctor sitting next to me, all heads turned to the custodian where the question was translated.

The doctor smiled and murmured very quietly, “well, they don’t manage water too well, so a lot of it is wasted. Also, the Chinese control the rivers, so we only get what they let through, but let’s see what the custodian says.

By this time, the answer was coming from the end of the table. “It’s the Chinese!,” she exclaimed, “if they have a flood, they send it our way. If the need water we don’t get any. We really haven’t negotiated very well.”

It occurred to me then that the custodian is the oldest member of our staff.  Here, age is everything. Despite the college educated group at the table, it’s the eldest tha command the most respect.

And, as the custodian delivered a treatise on water rights and flood control, I realized that in this case the elder had taken the responsibility seriously, and kept herself informed.