This Week in Virginity 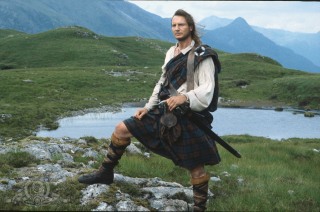 Last week we heard how Helen launched, if not a thousand ships, at least 1000 SUV and small pickup trucks.  Here’s more on why.
I had the pleasure of attending a cultural awareness conference with a Palestinian woman from the West Bank town of Nablus. The fact that she’d never been to Nablus is for another story.
During this talk we watched a video clip of the 1995 film Rob Roy, in which Rob Roy, played by Liam Neeson, talks about honor. He goes on about how men can gain honor and lose honor.  He also seems to imply that women have all the honor, but that men are the only ones who can guard it.
While we were eating lunch, I brought up the scene with her. She said that indeed women are capable of defending their honor.  She noted in her city, Nablus, the women are all very strong. Nothing happens if the women don’t agree. She rattled off a saying in Arabic.
But she went on to say, that in the Arab world, when you hear talk of honor, you should know that the speaker is referring exclusively to a woman.
“Really! Anytime. It all can be extended back to a defending a woman. And, more specifically, her virginity”
She poked out her pinky into the air. “Every woman has this, um, this, er… membrane. And that is the most important. If a woman plays soccer or does sports, she must disclose this before marriage, or it may be shameful for her family.”
“Hmm.” I asked, “What do you think of that?”
She shrugged, “It’s what is believed.”
I turned to my brownie and thought about Liam Neeson and his “very particular set of skills” and wondered if he was typecast as a defender of honor.
Anyway, that’s how it came to be that riots broke out after Helen Christos ran to her friends house. A clash of clans turned into a tribal battle over honor and shame.