Walking to the fruit store late one afternoon, we found a much less trafficked, safer path. We passed several Kaki Limas parked on a street corner.

Kaki Lima means 5 legs, and is the name of of the food cart vendors that are ubiquitous in Indonesia.  With their two wheel, foot stand and a man’s two legs, from afar they look like they have 5 legs. They serve noodles, rice, tempeh and soup, just about any form of food. I’m told the food is good, but hygiene standards are often lacking.

One of the men on the corner called over to me like a hawker at the fair. This is kind of unusual as mostly when we walk by, we are regarded quietly, sometimes with a smile.

But this guy called out in loud English, in a gravelly voice shaped by far too many filter-less cigarettes.

“Hey! Come get nice fresh coconut milk!” He was waving a young, green coconut and a machete and smiling.

We walked over. “I don’t know if we can. We’re American. We have the stomachs of wimps.”

“Oooh, America… Barack Obama”
This is what everyone here says when you tell them you’re from America. “Barack Obama!  He love Nasi Goreng! He live Indonesia.  He love Indonesia!”  Bilateral relations between our two countries are going to suffer a setback when he leaves office. Trust me. 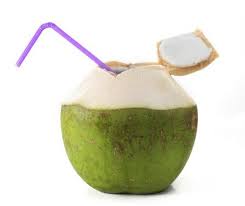 Anyway, he gravels on.  “Coconut milk, all clean, all natural, no water, no ice, all coconut!”  I’m telling you it was like being at the fair.

He picked up his machete, whacks the fruit over a plastic container and poured out the water.  A cloud of flies scattered.  Gulp!  He scooped out some of the flesh into the container.  “This will help you when you’re tired or dehydrated”

Then he dumped the whole thing into a clear plastic bag.  This is an Indonesian thing.  Liquids like soups or drinks are all served in plastic baggies tied up with rubber bands. He handed it off to me “Enjoy!”

“My name? My name is Topik.  You know, when you want to have a conversation you need a Topik!”

Later, walking back from the store we passed by again. It was growing dusk.

He called from across the street.  “Mister, you like my coconut?!”

“Yes, okay mister!  Try it after your walk. Then…you will seeee…the vitaliteee… of da Coconut!”