America: Head and Shoulders Above the Rest 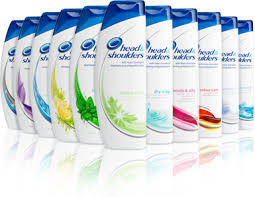 Secret Asian Man returned to North America for a brief time recently for work and pleasure.

It was so refreshing to walk in cities with only limited amounts of trash in the streets.  Clearish streams and rivers instead of chalky-silver fluids running in blackened streambeds. Driving within the lanes at speed without fear of hitting stray cattle or pedestrians or motorbikes.

Now, Indonesia is not a poor country from a resource vantage point.  Plants sprouts instantly out of the soil even with the pollution.  Food grows year-round.  There are vast natural resources.

But, their resources do not compare to the abundance found in America.

Mrs. S.A.M did not accompany me, and so, sent a list of things she wanted from the Land of the Free including Head and Shoulders shampoo.  I marked one day as a shopping day and headed to Target, the home of all things abundant even when one is not coming from a place of scarcity.

In the shampoo aisle, I found myself wishing for an abundance of time for there was a 6×6 wall of all manner of Head and Shoulders. I was absolutely paralyzed.

I reached for the “Classic” version, but paused as my eyes roamed my other choices.

I knew that that I didn’t want to smell like “Green Apple.”  I don’t think that anyone should.

I pondered what “Ocean Lift” smelled like.  Did I want that?  I was about to crack open a package for a sniff when I caught sight of the Head and Shoulders/Old Spice version.

Now, I liked the boisterous attitude of that muscled Old Spice Guy and I’d been trying to work on my abs.  Perhaps this shampoo was my key to a washboard gut.  But, perhaps that was too much to ask for.

There was also H and S, Dry Scalp edition.  This seemed unfair.  For what is dandruff, if not, at least partly, a dry scalp.  What did normal Head and Shoulders do if it didn’t help with this anyway.

There was 2 in 1 shampoo and conditioner and also a version that conditioned while it cleans.

And then there was size.  Do I get a jumbo size that might last me a year or a smaller size that lasts a few months?  The miser in me kicked in.  What was the price per ounce?

I tell you it was simply baffling.  It was a 15 minute process.

Going home, though was like slipping into a pair of your favourite jeans.  How comforting to know one could have anything and more?  I mean really, green apple scented shampoo?

It was nice to have a front porch to sit on.  In Indonesia, I sit behind 10 foot walls.  Everyone does.  Only the guards know the neighbors. Or, at least they know the neighbor’s guards.  On my porch, I get to chat with neighbors and watch the world go by.

One evening, an obviously psychotic gentleman marched up and down my street all night. His mutters punctuated by persecutory rants about Vietnam.  He shook and rattled all the recycling bins, but never took anything from them.  I wondered what was going on in his altered reality.

That same night, another man, possibly just as psychotic and clearly quite inebriated wandered, zombie-like,  into the orange glow of the light overhanging  the intersection.  He paused and gave a far off stare before turning around and stumbling back down the middle of the street into the darkness.  A friend and I followed him and watched him pass out in some bushes just before the police rolled up to assist him.

As noted here before,  here in Indonesia, the mentally ill are often locked up out back of a family’s home and kept out of sight and out of harm’s way.  In America, it seems, our mentally ill are cage-free, free-range and clearly unmedicated.  In a country of abundance, there has to be some happy medium somewhere.

Ah, but ain’t that America.